A Rhine River Christmas Market Cruise had been on our bucket list for a long time. Finally, Alan and I cruised on AmaWaterways Amacello from Amsterdam to Basel with a land extension in Lucerne and Zurich. It was a heady mix of beautiful scenery, charming villages, and all things Christmas.

We’ll be adding more articles from this river cruise. Subscribe to our weekly broadcast so you’ll be the first to know!

We arrived in Amsterdam via Lufthansa a day early to rest up from jet lag. Accommodations were at the Amsterdam Marriott.

After boarding the Amacello on a Thursday afternoon, with an overnight in Amsterdam, we started the next morning with a choice of an Amsterdam Canal Cruise and city tour or visiting the Jordaan area of Amsterdam.Then, the real fun began with stops in Germany, France and Switzerland including:

Unfortunately, this is where the trip took a wrong turn for me and I ended up in a hospital. Luckily, Alan and I have a Medjet Assist membership which brought me home. Read about it in my Medjet Assist review.

The tour continued to Zurich without us with a Zurich city tour and Christmas markets visit. There was also an optional tour to Rhine Falls. 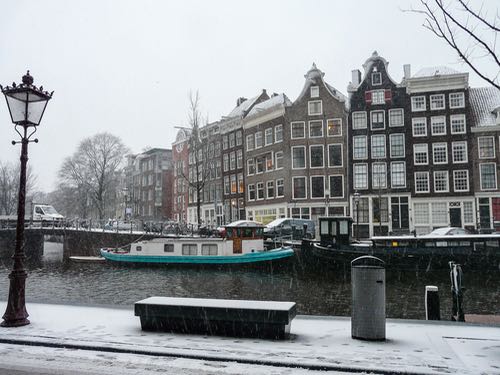 A Snowy Walking Tour in Amsterdam

When Alan and I boarded Amacello in Amsterdam for an AmaWaterways Rhine River Christmas Market cruise, we didn’t expect such a snowy welcome. But those white flakes didn’t keep us from exploring Amsterdam on a Jordaan District walking tour provided by the ship. In fact, the snow added to the fun of visiting the UNESCO World Heritage […] 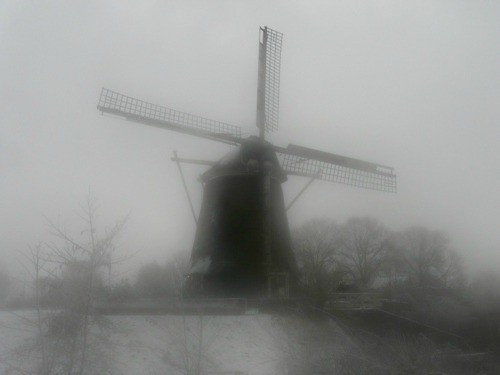 A foggy view at Riekermolen

Do you like Alan’s atmospheric photo of an Amsterdam windmill? Did you know that this shot wasn’t planned? The lens fogged up when Alan pulled out the camera to photograph Riekermolen, a windmill near Amsterdam that dates from 1636. And It proves that sometimes a camera mishap can turn out better than you think. We […] 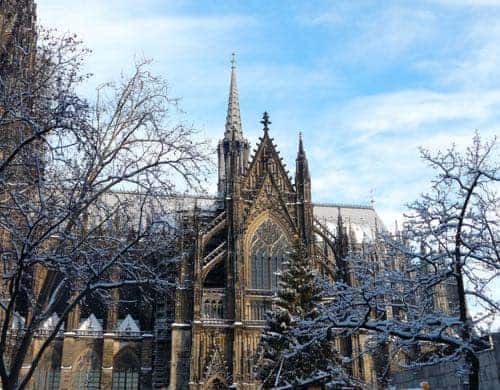 Pastel-colored buildings enhance the snowy scene when AmaWaterways Amacello pulls into her spot along the banks of the Rhine River in Cologne, Germany. Cologne in December can be snowy, as it is on our visit. But Alan and I aren’t going to let a little snow on the ground keep us from exploring Germany’s 4th […] 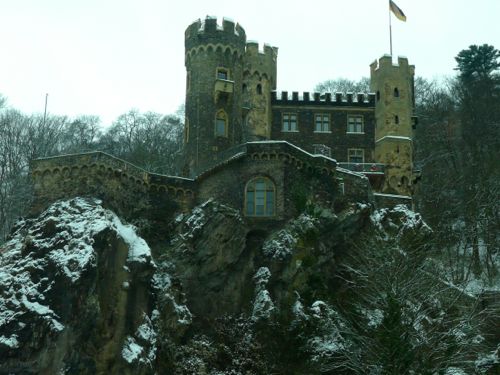 Winter on the Rhine

On a foggy, sleety day, AmaWaterways Amacello winds through the Rhine Gorge where medieval castles and vineyards compete for attention above scenic river banks. Alan heads outside to take photos but returns quickly, unable to shield his lens from pelting sleet. Most Rhine River cruisers hope to view the Upper Middle Rhine Valley, a UNESCO World […] 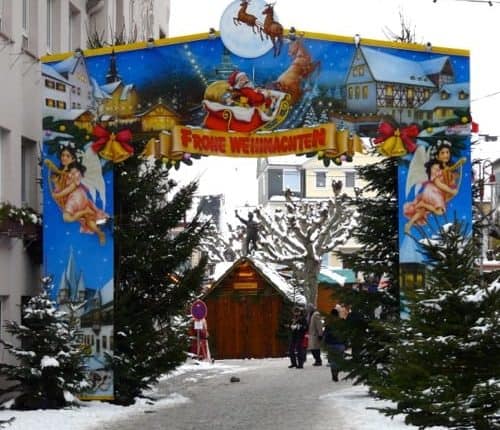 The Rudesheim Christmas market more than met my expectations of a Christmas market scene in Germany. When Alan and I walked from the AmaWaterways Amacello into the small German village, we discovered a winter tableau worthy of the front cover of a Christmas card. After crossing some rail tracks near the pier, we climbed the […] 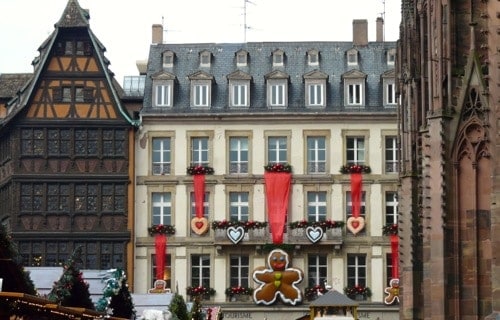 Strasbourg, the Capital of Christmas

Although in France, the Strasbourg Christmas markets rival the Christmas markets in Germany when it comes to elaborate decorations and displays. Alan and I enjoyed the festive scenery while on a walking tour with AMAWaterways. Our Rhine River cruise had stopped in Europe’s capital city—the European Parliament meets here—for an all day discovery that included […] 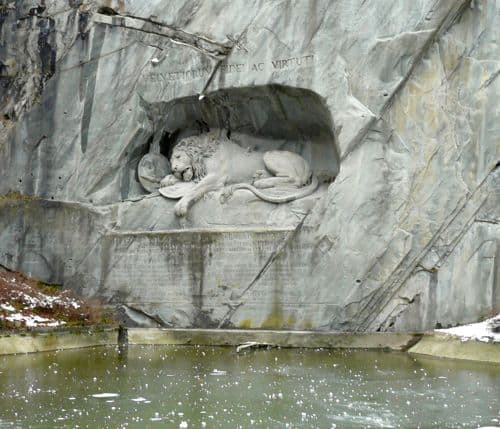 The lion of Lucerne

The Lion of Lucerne honors Swiss Guards who were massacred in 1792 during the French Revolution. The memorial was carved into a sandstone cliff face between 1820 and 1821. The colossal work of art measures ten meters by six meters. But it’s not the staggering size that is the most impressive element of the Lion […] 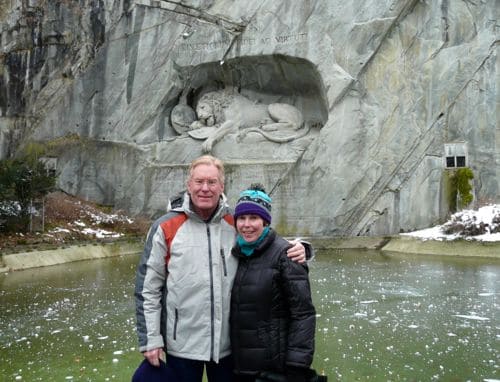 Thanks to MedjetAssist I wasn’t Stranded in a Swiss Hospital

What’s one of the worst things that can happen to baby boomers on a trip? Being stranded due to a medical emergency is my top pick. If this is one of your worries, this MedjetAssist review will be of interest to you. What is a Medical Evacuation Program? You’re bicycling through a French vineyard. Splat! […]