ThePhotoStick Mobile is sponsoring this look at mobile photo storage. Is your phone’s memory clogged with photos? Read on.

How many times a day do you take photos with your phone? Alan and I are always pulling our phones out to photograph something. But we rarely take the time to transfer the pictures to laptops or cloud storage. It’s too much trouble. So our phones become clogged with photos. That’s where the mobile photo storage solution from ThePhotoStick Mobile comes in handy.

On a boomer travel adventure, our phone memories become really crowded with photos, so mobile photo storage is imperative for us. Take a look at the photos Alan took with his Samsung Galaxy phone during our Oregon fall trip:

Sea lions and boats crowd the harbor at Newport. Why not enjoy a late lunch or early dinner at Local Oceans Seafood followed by a walk along the water. That’s what we did. 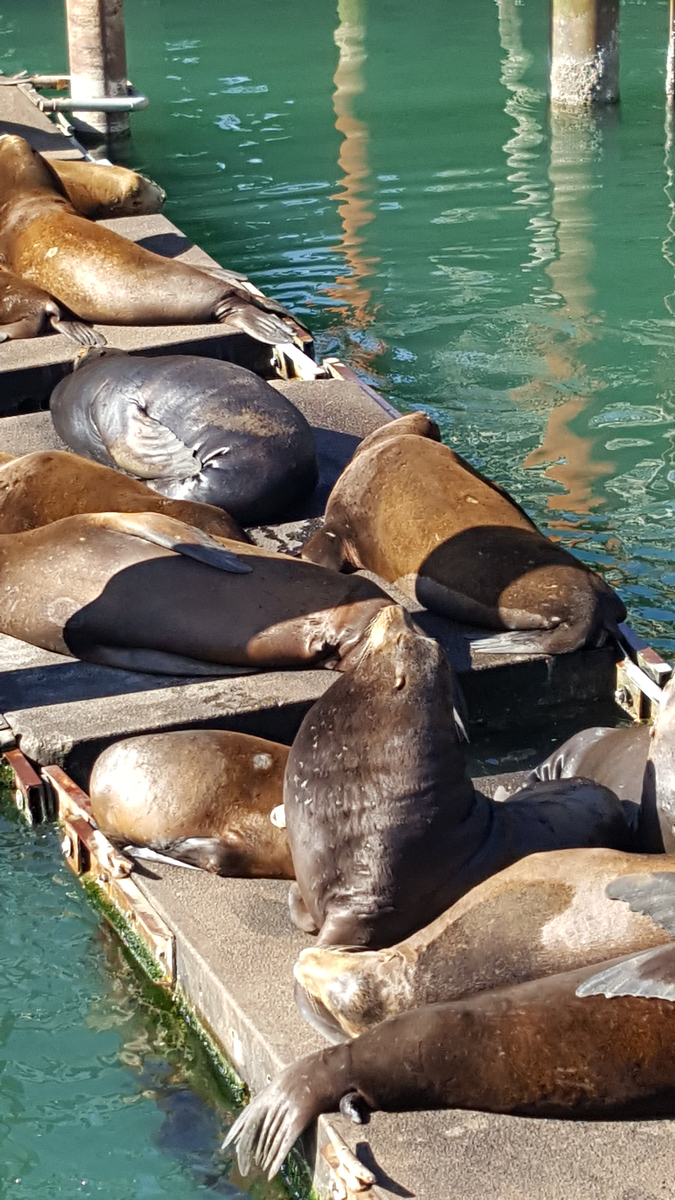 Watching sea lions fight for space on the floating dock is a fun way to spend the afternoon in Newport, Oregon. Beware! Watching them is addicting. You’ll spend much longer than you think laughing at their antics.

Be sure to stop at Seal Rock between Newport and Waldport. If you squint real hard, you’ll see seals on those rocks. And there’s also access to a beach for exploring.

Alan used ThePhotoStick Mobile to store these gorgeous photos (and many more) rather than clog up his Samsung Galaxy’s memory with a ton of pictures. It’s like a thumb drive for your Android phone and so much easier than moving them to a laptop, iPad or cloud storage. All he had to do was download ThePhotoStick Mobile free app, insert the photo stick into his phone, then download the photos.

What a great tool for mobile photo storage when boomers are on the go. I can’t wait until the iPhone version is released! The folks at ThePhotoStick Mobile promise that it’s coming soon.

Disclosure: ThePhotoStickMobile sponsored this article. However the opinions are my own.