With only 296 guests, a spring cruise with Silver Wind is definitely small ship cruising at its luxurious best. Because of the particularly good buy on this cruise, Alan and I splurged by moving up to a Medallion Suite. We were especially excited about the larger balcony, which was put to good use in the Mediterranean.

The spring cruise with Silver Wind was actually two segments combined into a month-long adventure. We  booked cruise excursions online through Silversea as well.

Yes, there are probably less expensive independent cruise excursions to be found, but the convenience of booking a ship’s cruise excursion has pluses for us. If the ship doesn’t make it to port, we’re not on the hook to pay for an excursion we couldn’t make. And a 24 to 48-hour cancellation policy allows us to change our minds about an activity or switch to a different one. Being spontaneous is part of relaxing on a cruise for us.

In This Article, You'll Discover

I’m still writing articles about this trip. Subscribe to our weekly broadcast so you’ll be the first to know!

Following our policy of never flying to a port on the day of a cruise—just in case travel delays happen—we arrived in Ft. Lauderdale, Florida, the afternoon before embarkation. This gave us time to visit a store to make last-minute toiletry purchases rather than stuffing them into a checked bag.

Once onboard, it was time to enjoy two segments of spring cruising. Walking the Levada in Funchal

Are you looking for a Madeira excursion? This may be it! On a levada walk shore excursion, high above Funchal, Madeira, my itchy travel feet are happy to be touching terra firma after a couple of rocky days crossing the Atlantic Ocean on a Silversea spring cruise. The chance to get out and appreciate nature […] A Cadiz Walking Tour Filled With History and Music

In the 1600’s, Christopher Columbus began his second voyage to the New World from the port of Cadiz, Spain. Today cruise guests learn about the city’s place in history during a Cadiz walking tour shore excursion that celebrates a unique event in Spanish government. Alan and I enjoyed this cruise excursion as part of a […] Will your Mediterranean cruise be visiting Cartagena, Spain? It’s a lovely cruise port in the Region of Murica in Southwest Spain that’s easy to explore on your own. An important naval seaport due to the well protected harbor, Cartagena also offers beautiful Art Nouveau buildings. You’ll also find impressive Roman ruins. The combination makes for […]

The second segment was a 10-day busy, busy itinerary that started in Monte Carlo before cruising new-to-us islands in the Mediterranean. Alan and I are not fans of port intensive itineraries so we turned a couple of repeat ports for us into sea days. Have you ever stayed on a ship when the rest of the guests are touring? It’s divine. 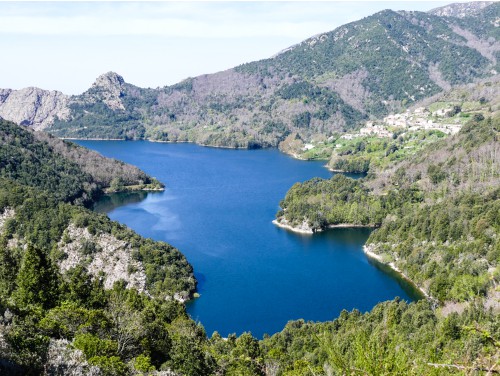 Have you cruised to the French Island of Corsica? Did you tour the Prunelli Gorges? Isn’t it fun when cruise ship itineraries that you’ve experienced multiple times add new ports to their offerings? It’s one of the reasons Alan and I extended our Atlantic Crossing on Silver Wind to include the next segment that visited […] On a spring visit to Sardinia, Italy, it’s tempting to look for boomer travel adventures involving the island’s beautiful beaches. Visitors flock to Sardinia for the clear coastal water fringed by white sand. But, if you spend all of your time on the beaches, you’ll miss the Phoenician and Roman history at the ancient city […] 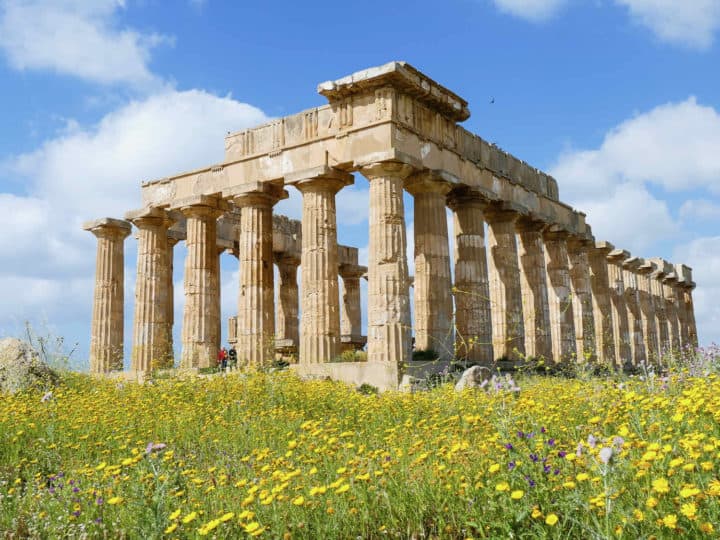 Imagine columns from the ruins of a Greek temple standing amid fields of wildflowers on a perfect spring day. When Alan and I traveled to Selinunte, Sicily, on a spring cruise with Silversea, that’s exactly what we found. And It was a beautiful reminder that the most magical of travel experiences happen when we least […] Exploring Greek and Roman history on a Syracuse shore excursion

On a Mediterranean cruise, active boomer travelers will find plenty of historical sites to explore. And by history, I mean some of the most ancient places you’ll ever visit. I’ve walked the ruins of Ephesus, investigated the ancient city of Nora and stood among wildflowers in front of Greek temples at Selinunte—all while participating in […] 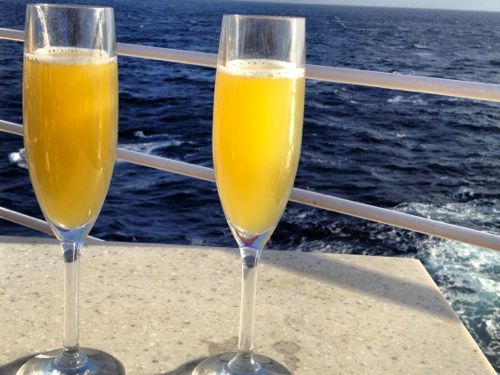 What is the best Transatlantic cruise and will we like it? At My Itchy Travel Feet, readers ask us that question a lot.  Since Alan and I have cruised on five Atlantic crossings—Regent (Voyager and Navigator), Silversea (Silver Sprit and Silver Wind) and Seabourn (Sojourn)—our answer is a resounding YES! In fact, we’ve gathered our experiences […] 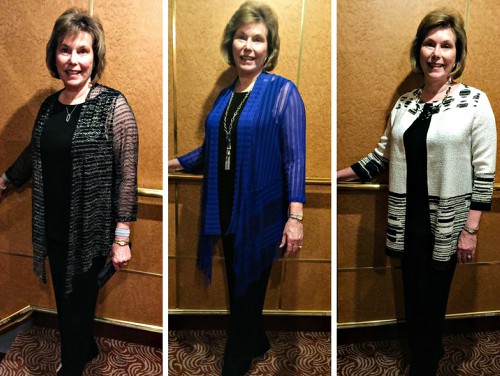 After years of sharing cruise fashion photos on my Facebook profile, many of you have asked me to write more about cruise wear for over 50 women, over 60 and even over 70. This is the first of a series of articles about what to wear on a cruise, especially luxury cruises, which is what […]

Because our international booking was separate from our domestic ticket, there wasn’t enough time between flights to collect luggage, check it again and return through security to catch the last plane of the day to Missoula. So we overnighted at a hotel near the Minneapolis airport before finally arriving home the next day.

If you fly out of a smaller airport, it’s cheaper to book international flights in and out of major airports, with a separate ticket for the domestic portion of the trip. Start your search here.

Booking a day room is another option if you have a long wait for catching your international flight. You can book them here.

How to dress for a small ship luxury cruise

We consider cruises to be experiences rather than a mode of transportation, which means that dressing up is part of the fun. Are you curious about the dress code? The combined segments included 4 formal nights, 14 informal nights and 8 casual nights.

Alan and I aren’t interested in carry-on only travel on a journey like this. However packing efficiently was our goal. You can read how I plan and pack in luxury cruise wear for women over 50. Although, after wintering in sweatpants, turtlenecks and sweatshirts, I may have gone slightly overboard, pardon the pun, for outfits on this cruise.